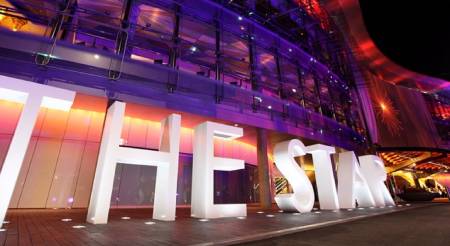 Notwithstanding allegations that the Asian junket firm may have links with the criminal underworld, The Star Entertainment Group Limited has reportedly announced an official inquiry that the company still works with Suncity Group.

The revelation came from the Greg Hawkins, during an official hearing held as part of a wide-ranging examination into the state of the casino industry in New South Wales. According to a recent report, Greg Hawkins said to have confirmed the partnership. However, due to the newspaper, the investigation is continuing by the New South Wales Independent Liquor and Gaming Authority. Star Entertainment Group Limited recently closed the private gaming room Suncity Group had run within its 351-room The Star Sydney.

Hawkins explained:
His company took this decision after the junket enterprise’s owner, Alvin Chau, was barred by the Department of Home Affairs from entering Australia over suspicions that he has connections with organised crime members. And may have been a member of Macau’s notorious 14K Triad group.

The Sydney Morning Herald reported:
Hawkins later revealed that his company had moved Suncity Group’s VIP gaming lounge to another area of its Sydney casino. And also tasked its own internal anti-money laundering compliance team with investigating the matter.

The executive told:
The New South Wales Independent Liquor and Gaming Authority that his company was in the midst of an ‘ongoing assessment’ regarding this partnership. But has not yet made a final determination concerning the allegations against Alvin Chau.

“Certainly, nothing has been forwarded to me that would change our association with the junket at this point. I do have some doubt. All I’ve read is speculation but I’ve nothing to validate it. I wouldn’t pretend to fully understand the concepts of organized crime or what it relates to in that part of the world.

The Sydney Morning Herald reported:
Crown Resorts Limited had stopped Suncity Group from operating its own cash exchange desk in 2018 after discovering some $4 million in bills stored within the firm’s private room inside the giant Crown Melbourne property.

Hawkins asserted that his company never allowed the junket enterprise such an opportunity. Because all of its players should buy gaming chips from an official cashier cage.